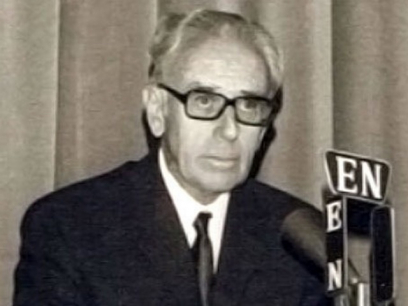 Dr Hermann Brandt was an eminent Swiss biologist. Through his research into the effects of physical activities, the idea of Tchoukball had its foundation.

In Dr Brandt's time, and arguably now as well, many sports produced shocking injuries that stopped even the most resilient of athletes from participating further. After discussing these concerns in the book 'From Physical Education to Sport Through Biology', Dr Brandt presented his now-famous paper 'A Scientific Criticism of Team Games'. This won him the coveted award of the 'Thulin Prize', presented at the University of Lisbon on August 16th 1970.

Within this paper, Dr Brandt explored ways in which to construct the perfect team game whilst paying heed to his key concern of reducing injury. The practical expression of his ideas, stemming from his critical study of existing games, is the game we have come to know as TCHOUKBALL. This strange-sounding name comes from the 'tchouk' sound of the ball rebounding from a tchoukball frame. Dr Brandt felt this would be universally accepted. He died in November 1972, but not before he saw some of his high hopes realised.

Most games can be traced to humble beginnings and periods of slow development before becoming established as a national and international sport. Tchoukball is no exception. It has taken time and patience to convince people that this unique game is truly a "Sport for all", but now all the signs indicate that the message is getting across. During the 1980s, Taiwan took tchoukball to a different level, with substantial investment making it the 3rd sport of Taiwan and producing consistently over 200 teams for their national championships. Switzerland and Great Britain, 2 founder countries of the FITB (tchoukball's global governing body) cemented the international presence of tchoukball in Europe.

The 1990s saw a decline in tchoukball as a high-profile domestic incident in Japan meant the World Championships were cancelled at short notice.

However, in Geneva in August 2000, a World Tournament was held to mark the 30th anniversary of tchoukball's birth. Many players from around the world got together and participated. Shortly afterwards, competitive matches restarted across Europe and Asia.  The advent of the internet meant that communications improved immensely over the next few years.  Now countries across the world organise matches from small friendly games through to continental and world competitions, playing sport and making new friends - truly in the spirit in which tchoukball was created. 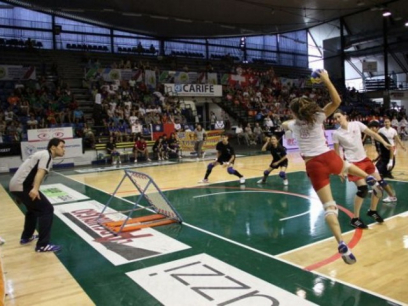 Tchoukball is one of the fastest team sports in the world today. Invented in the late 1960s, tchoukball is a team sport of 7 players that unites all key sporting skills; athleticism, concentration, respect for oneself and the opposition and teamwork.  Here are our key values below to explain more.

Without physical contact between players or interception of the ball, tchoukball players are free to express themselves whilst playing in any way permitted by the rules. At a higher level, tchoukball is a very intense, extremely fast and skillful sport allowing individuals to express themselves as part of a team. The technical demands of tchoukball appeal to players who strive for the beauty of play.  Tchoukball games often see a point scored every 20-30 seconds!

Tchoukball was designed to be played in most situations and sporting arenas.  Our standard version is played indoors in sports halls.  However, tchoukball is entirely adaptable to the location.  Beach tchoukball has flourished in the last 10 years and is now a major part of the FITB's work.  But it doesn't stop there - tchoukball is played outdoors in many countries and can be adapted to be played in a swimming pool!  We've also recently introduced wheelchair tchoukball and have started work with visually impaired athletes to expand tchoukball further.

Tchoukball is a genuine team sport. It is also totally unique. Beginners will never have played anything like tchoukball, not have experienced the diversity of demands it makes upon players. Tchoukball demands real teamwork as points are scored when the ball is distributed most effectively.  Our players come in all shapes and sizes and the level of skill determines a player's success, not their strength. Good observation, constant attention by all participants, anticipation and intelligence of all facets of the game are required, as is good athletic ability.

"The objective of human physical activities is not to make champions, but make a contribution to building a harmonious society."

Tchoukball has a unique Charter that underpins the 'Spirit of the Game' so elusive in modern sport. Fair play and respect for the opposition is a fundamental part of the way in which tchoukball is played. All physical contact between players and interceptions are banned, enabling all players of differing shapes and sizes to play together.